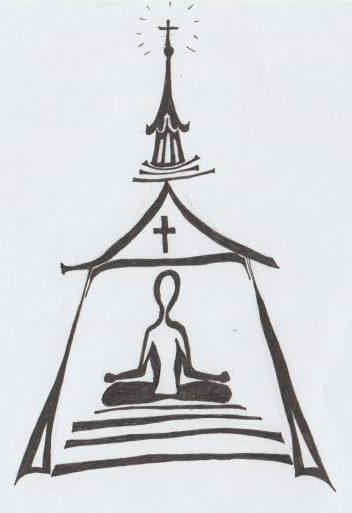 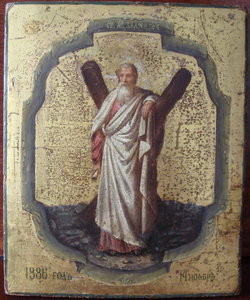 Saint Andreas was the first person called upon to become a disciple of Jezus the Kristos. He became the first of the twelve apostles. There is some speculation as to wether or not he was a disciple of saint John the Baptist as well. He is credited with spreading the Christian impulse to the Black Sea area and known for the Andreas Cross. The Andreas Cross is an X shaped cross, allegedly saint Andreas was crucified, but felt unworthy to die in the same way as his Lord and therefore asked if his cross could be put in a titled position. Saint Andreas is regarded for his wisdom, precision and humility. 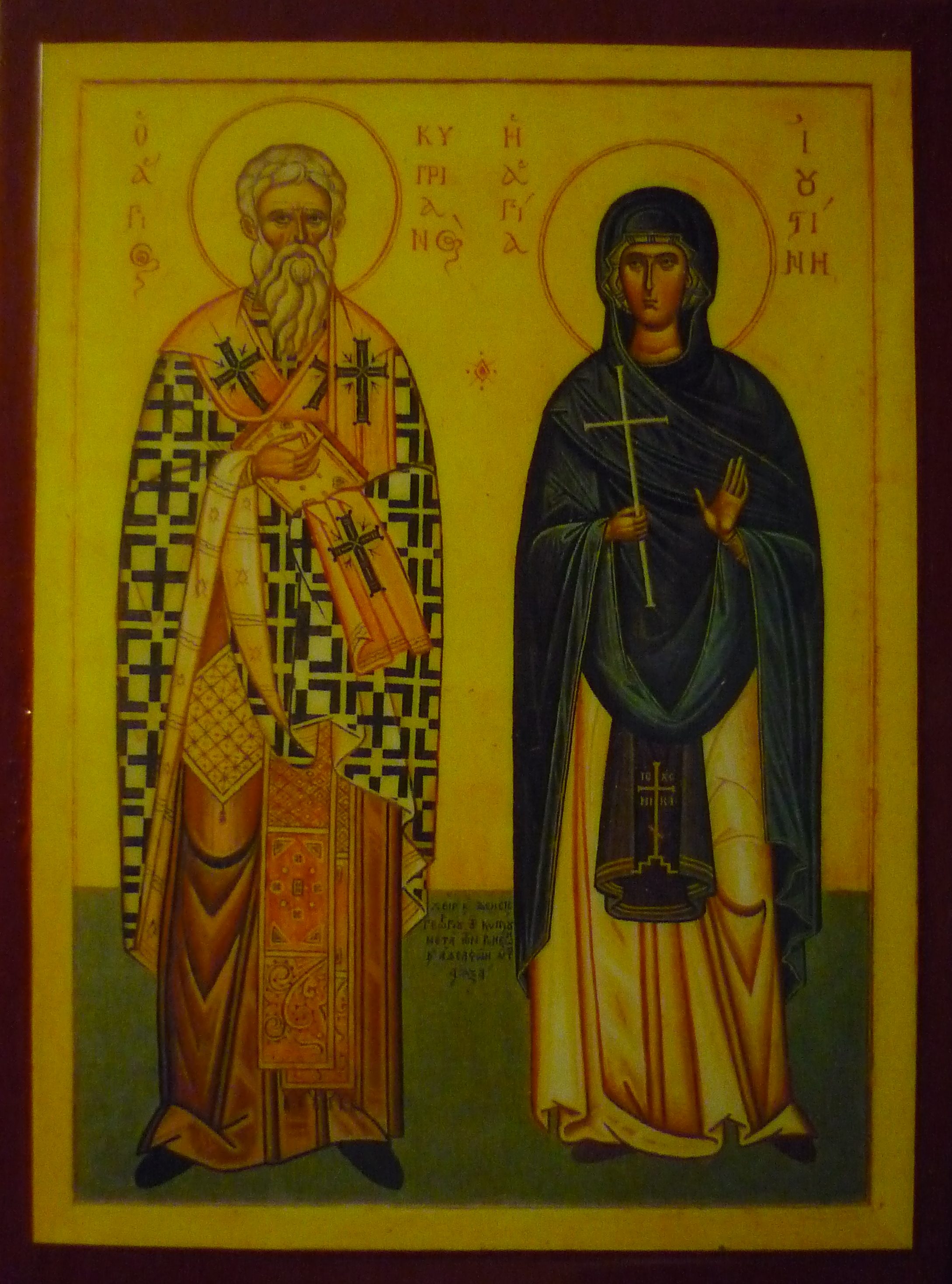 Kyprian was a great magician who was payed to cast a spell over Justina. Justina managed to resist his greatest magic by her devotion and the aid she received from the Holy Spirit. Kyprian realized he had been deceived and had followed a false path and subsequently converted.

This sainted pair offers protection and blessings which will help you to resist magical influences. An blessed icon will grant a protective blessing to your home. The ritual described below can be done to invoke deeper blessings. READ MORE HERE→https://www.forgottenway.club/wp-content/uploads/2016/05/Prayer-to-the-Holy-Kyprian-and-Holy-Justina.pd

How to use the library